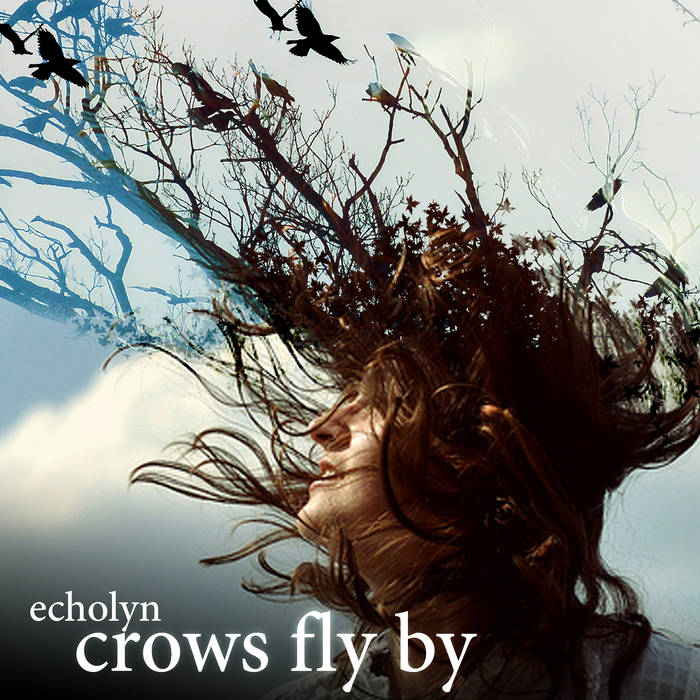 Hansi Lebrecht echolyn - music as it should be!
i'm happy they exist :-)

Crows Fly By
Lyrics: Brett, with some by Ray and help from Tom

I worked with a guy who wanted to record a “hit song.” It’s funny that even after all these years of making music I still don’t know what that means. Anyway, he was one of those high maintenance clients that never seem to be done – calling me at all hours of the day and night, turning things up 0.5 dB then a day later turning them down 4dB. He’d call me before a session and say he was not coming in because he saw crows flying by his house, or a had to stop at a train crossing, or saw seagulls in a parking lot – Crazy stuff. When he did come in, he’d instruct me on the meanings of these occurrences or pontificate how much he and “God” spoke about his “hit song.” He knew he was going to make it big because God had told him to go out and buy some cowboy boots and a hat to match (for his imagined upcoming radio interviews across the country). After about 2 months of working on one song (for what must have been 15 sessions) I had had enough. I told him I thought he should go elsewhere. There’s a point where you feel like you’re only doing it for the money… and I had crossed that line. He never came back, despite another 2 weeks of him calling me, half of which I ignored. On his last phone call he left a message saying how much he enjoyed working with me, BUT if he didn’t hear back, it was a sign from God for him to move on and I could do nothing to change that almighty decision.

Guys like this inspire me to learn more about behavior, it’s one of the reasons I got my Behavioral Science degree. I had to bite my tongue so many times during the above sessions and countless phone calls. I just kept nodding my head and trying not to roll my eyes in judgment. I didn’t want to trigger some sort of devil inside him or force him to evaluate the very foundation of superstition he has built his whole life on. What I got out of those sessions was this song. I changed the character to a girl/woman so I could distance myself from the “actual” character a little bit. I tried to inject the almost agoraphobic nature of my client into the main character. She is always analyzing and interpreting occurrences. It paralyzes and wrecks her with the weight of “meanings.”

Lastly, I wanted to mention the second half of the song is a representation of this un-filtered (almost autistic) inundation of sensations and their interpretations by our character. The entire end of the song is improvised musically and vocally and done in single “takes”, with each part building upon the confluence of sensations and meanings the character is interpreting.
-bwk


-Ray
We’ve had the music finished for this song for a while. Brett had an idea for the lyrics. We “worked” on it several times but never committed to any of the angles. A couple of weeks ago Brett, Tom and I got together to finally put to this baby to bed. In a nutshell think agoraphobic, superstition and insecurity.